The off-season has been a busy time for most of the UK Elite League’s clubs. The Cardiff Devils have been one of the most active teams throughout the summer. The backroom staff have been doing a great job of recruiting at all positions, and none more important than in the crease! 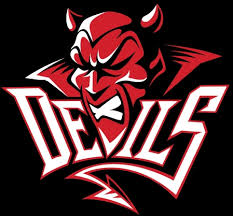 I had the pleasure recently of catching up with new Devils’ goalie Dan LaCosta. He brings a wealth of experience to Cardiff Bay, including successful stops in the OHL, Canadian University hockey, the AHL and NHL. He’s also a fellow Newfoundlander, so I was excited about this particular interview!

Enjoy my 1-on-1 chat with Dan LaCosta here:

Murph On Ice – First off Dan, thanks for taking the time out here in the summer to do this for the website!

Dan LaCosta – No problem Murph, thanks for having me.

MOI – Let’s jump right in! Who were some of your hockey role models and influences growing up and why?

DL – I really looked up to Mario Lemieux, I just found he was so entertaining to watch and just thought the game at such a higher level than the rest of the players during that era.  Also my father, he was a goaltender as well, like most young boys I think it’s pretty common for them to look up to their dad. He was always a very kind and respectful person, as well as a very hard worker.

MOI – As a goalie, what are some of the most important things you work on in the off-season to get prepared for a new year?

DL – In the off-season I actually try to spend a lot of time away from the rink and enjoy time away from the game with my friends and family.  I live a pretty healthy lifestyle and always try to stay in great shape so that makes getting back into things much easier.  When I am training for hockey I try to just work on explosive and functional movements, I actually train pretty similar to a tennis player would.  I don’t want to get to big and bulky, I need to be athletic and able to move fluidly.  I also do a lot of yoga, I feel it benefits my flexibility, balance, and mental focus.

MOI – What have you heard about the EIHL from other players and insiders? What do you expect once you get between the pipes for Cardiff?

DL – I expect it to be a challenging league, I have heard that it’s very competitive and there’s a lot of parity in the league.  So far the reception I have gotten from the fans has been amazing, I was actually pretty surprised at the fan base.  I have heard a lot of great things about the league, and the level of play was compared to higher end ECHL type of caliber. I have heard Cardiff is an awesome place to play, and I can’t wait to play in front of the Cardiff fans for the first time!

MOI – What were the main factors for you in deciding to sign on for the Devils this season?

DL – Honestly the deciding factor was both getting the opportunity to do my MBA from an international university, as well as the opportunity for my wife to continue her career as a teacher.  I was set to retire and attend Law school in the fall, but this was an opportunity we couldn’t turn down.

MOI – Gerad Adams is one of the most respected guys in the EIHL, have you spoken much with G, and what has he told you about the team and the expectations for the upcoming campaign?

DL – I haven’t spoken with him much, but we have exchanged a few e-mails.  He seems like he will be a great teammate and I have heard he’s very well respected by the players on the team as well.  Everyone I have spoken with has the expectation for the team to be strong next season, and compete for a championship.

MOI – The ‘Big Blue Tent’ in Cardiff is one of the toughest places for visiting teams in the EIHL. What have you heard about the BBT?!

DL – The Big Blue Tent is the arena!?  I actually thought it was a beer tent (laughs)!  I heard that Cardiff’s fans are very loud, and it is an intimidating place to play as a visiting team.  As a player there’s nothing better than having a great home fan base and an exciting atmosphere to play in.

MOI – Tell Cardiff fans what they can expect from Dan LaCosta in goal once the puck drops in a few months?

DL – All I can say to the fans is that I am going to come to Cardiff and work and prepare as best I can to help the team win as many games as possible.

MOI – You are an experienced guy with NHL games under your belt, what’s been your most memorable career highlight thus far?

DL – It’s a tie between my first NHL start/win, and winning a national championship with my university team at UNB last season.  My first NHL win versus San Jose was obviously a great moment, I worked my whole life to experience that and it’s every young goalie’s dream.  The National Championship with UNB was very special as well, it was the first championship I had won in a long time, and I was very close with my teammates there which made it even more special.

MOI – And finally, Cardiff fans are some of the most passionate and loyal in the entire league! Have you heard much from the ‘Red Army’ since your deal was announced?

DL – Well, once the team announced they signed me I had about 400-500 more twitter followers within a few days after the announcement.  I was blown away, but also very excited.  All I have heard is that the fans are great, and are very loyal supporters of the team.

MOI – Thanks again Dan, it was a pleasure, looking forward to seeing you play at the BBT!

DL – Thanks, Murph, see you in Cardiff.

The 2013/14 Elite League season kicks off on Saturday September 7th! You can check out Dan LaCosta and his Devils, and all the teams in action from then, as they chase the League Title, and a spot in the EIHL Playoff Final Weekend.