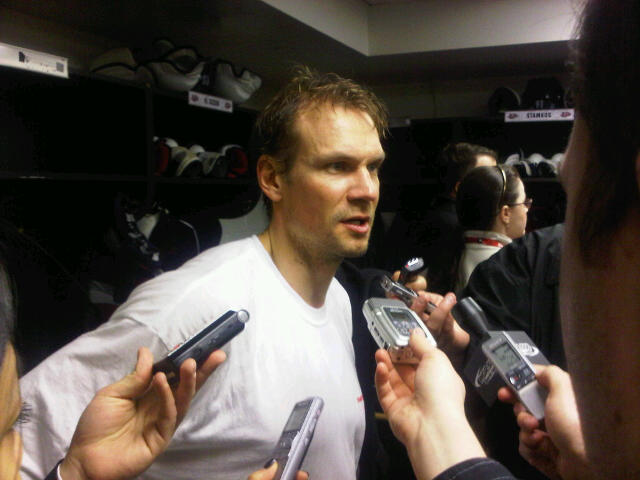 Welcome to the latest What to Watch segment! Every week I will bring you a key match-up to keep on the radar for your weekend hockey viewing.

For this weekend’s pick I will have to go with the Dallas Stars at the Detroit Red Wings Saturday night. Two Western Conference clubs that may be going in opposite directions in the early going of the 2011-12 campaign. I was going to suggest both Penguins’ games on Friday and Saturday, but with Sid the Kid still ruled out by Penguins management, we’ll go with the surprising Stars, and the steady Wings.

Keys to victory for the Stars:

–Keep Rolling: Nobody expected the Stars to be 1st overall in the entire league at this point! With only 3 losses in 14 games as I write this, they just need to continue doing the little things well, believe in each other and ‘Keep Rolling’!

–Pacific Heights: Again no one would have predicted that the Stars would be leading in much to start this season. But they lead the Pacific Division with 45 goals in 14 games, and have been the stingiest in the Pacific with only 33 goals against. With a Western Conference leading goal differential of +12, it’s easy to see why they have been surprising the experts and opponents alike. The Wings will have a tough time ‘running and gunning’ with the Stars if they continue this trend.

–Net Gains: Who took Kari Lehtonen in goal early in their NHL fantasy draft this year?! Not many is my guess, but if you did you’d be smiling now! The Finnish goalie has an incredible record of 11-1, with a 2.13 GAA, and a .936 Save %. If Lehtonen keeps this up then the Wings will be having fits Saturday night.

Keys to victory for Red Wings:

–Home Sweet Home: The Wings have had some scary moments in their own end in the early going this year – they really miss the retired Brian Raflaski on the blue-line. One place they have looked comfortable though, is on home ice at the Joe Louis Arena. With a 5-2-1 record in the Motor City, the Wings will be looking to keep that going, and the Stars will have a tough time stealing a road win.

–The Mule Factor: It’s long been said that one of the most talented wingers in the NHL is Sweden’s Johan Franzen. His only knock being health, and sometimes a bit of streaky play. But when this guy is going good, so are the Wings, and the Mule is going at the moment. With 8 goals and 13 points in 13 games, Franzen has been getting the job done. If he’s ‘on form’ Saturday night, the Wings chances of a win are that much higher.

–Gazing at the Stars: The Red Wings find themselves in unfamiliar territory! They currently sit in 11th place in the West, looking way up at the Stars who sit in 1st. This motivation of playing the best team in the Conference could prove powerful for the veteran club. If they are to get back into the top 8 and beyond, Saturday is the time to start that ascent. If Lidstrom and company can tuck this incentive into their collective brains, they have a chance to win this one.

Enjoy this tilt Saturday! It should be an interesting match-up. Post any comments or observations you have about the ‘What to Watch‘ game in the ‘Mailbag‘ section, and I will gladly respond! Have a great NHL weekend.